Brief introduction to the ranking: why it has been introduced and how it works

The TCR category for Touring Car competition was conceived in 2014 by Marcello Lotti and launched by WSC, which is the owner of the TCR name, logo and Technical Regulations.

TCR is reserved for production cars with a 4/5-door saloon or hatchback body that are powered by a 2-litre turbocharged-engine with output limited to 340bhp.

Starting in 2015 with the TCR International Series, the category quickly proliferated across Touring Car racing globally, becoming one of the most successful business cases in motorsport history - with more than thirty TCR-sanctioned series all around the world, and more than 1,000 racing cars representing thirteen brands.

This growth has resulted in the involvement of an incredible number of drivers, who often jump from series to series during the same year, taking advantage of the common technical regulations.

“We are talking of more than 650 drivers of about 60 different nationalities that enjoy racing at the wheel of TCR cars at the four corners of the earth,” explains Marcello Lotti. “Looking at these figures and drawing inspiration from what other popular sports are doing, it was logical to think about a World Ranking that would list all the drivers and award points according to their results. We began developing it two years ago, and finally we are now able to launch it online.”

The TCR World Ranking takes into account a list of eligible races amongst those of the TCR-sanctioned series/events.

Each series/event is allocated a Coefficient A of level determined by their status.

The ranking of each driver is determined by their last 20 results.

When a driver fails to take part in a TCR event during the last 30 weeks, every four weeks the oldest result will be deducted from their total.

List of classes of racing and their Coefficient A.

International series and events include global competitions, including the FIA sanctioned events such as the WTCR – FIA World Touring Car Cup and FIA Motorsport Games.

A Regional series is typically a multi-national series organised across a specific region, such as Europe, Asia, and South America.

A National series is typically a standalone series or championship, with the full grid represented by TCR cars, run under a national licence.

An Endurance series generally includes any series which incorporates TCR cars as a class, or it could be run as a standalone series.

Coefficient A3 – Other Sprint series/events

Sprint series and other events includes all shorter races which incorporate TCR cars as a class within their category.

A Coefficient B is then applied to each event and is determined by the number of entries.

Points are awarded to the driver per each race they take part in, according to the following scale:

Updated weekly
The new ranking will be posted at midnight (00:00 CEST) each Wednesday.

"With 650 drivers racing in TCR cars at the four corners of the earth, it was logical to think about a World Ranking that would list them all and award points according to their results." 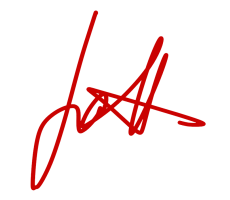