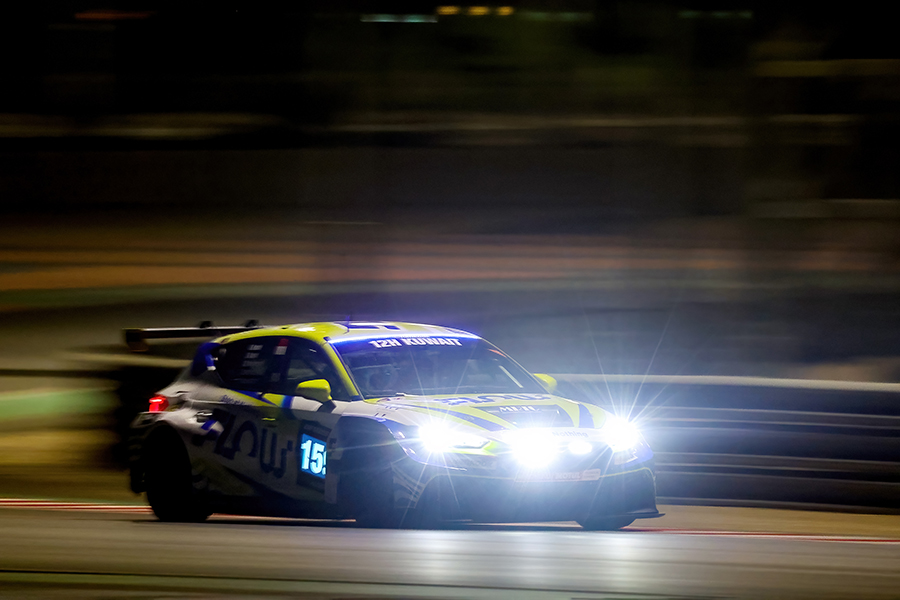 BBR team end the season with win in Kuwait 12 hours

A formidable season for BBR was crowned by the Thai team’s sixth TCR win from seven rounds in the 24H Series and victory in the TCE Continents Trophy that adds to the TCE European championship that was secured last time out in Barcelona.

The AC Motorsport-run #188 Audi RS 3 LMS of Stéphane Perrin, Mathieu Detry and James Kaye, which also came into the final round in contention for the TCE Continents Trophy, had a good start, but then the Audi suffered rear wheel hub failure and severe vibration that plagued the team for the majority of the race before they retired on safety grounds. The other Audi – the Wolf-Power Racing #116 driven by Jasmin Preisig, Ivars Vallers and Mohammad Al Sabah endured a series of issues, which started with an off in Free Practice and a loose front splitter during the early stages of the race; this was followed by a pierced radiator, front-end bodywork damage and damper issues en-route to finish a distant second in the class.